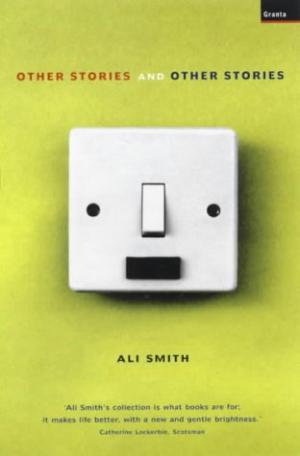 It is to Ali Smith’s absolute credit that I have found writing this blog incredibly hard. It has taken many drafts to begin to edge towards an explanation as to why her collection of short stories entitled Other Stories and Other Stories work in such an affecting way.

I love the way she has made me feel – it’s like I’m trying to peer into the magician’s hat to see if I can fathom the magic being made. And by magic I mean the way in which the stories resonate way beyond the actual page.

It seems to me that the ‘magic’ is created by a combination of content and craft, which work together to create a tension between what “is known” and what “must be discovered through the act of imagination”.

In Kasia’s mother’s mother’s story, for example, we nervously follow a desperate woman’s theft of a crucifix from a church, sharing in the explicit peril of the act. ‘Now all the woman can hear is her own heart. She slides along the seat, opens the buttons of her coat…’1

I was left worrying about why the woman had stolen the crucifix. Who or what was behind the unseen threat she needed the crucifix to protect her from? As with all of the stories in the collection, I was left caught up in an ending, without an ending.

This technique of withholding information from the reader is hinted at in A story of love.

In A story of love the narrator is chatting to her female lover about storytelling, as they cuddle in each other’s arms, in their bed, with the seasons changing around them. The narrator confesses, ‘So I told the next story, and as it unfolded I realised how exciting it could be to know more about a story than you knew. I hadn’t really understood how exhilarating it could be to hold your attention like that.’2

A story of love also provides another clue to Ali Smith’s craft at work, as the narrator explains, ‘There was once, I said, a story that was told by way of other stories.’3

Indeed every story in the collection is ‘told by way of other stories’ that seem to deviate from the intention and theme suggested by its title. This creates a tangible tension between what is expected and what is given. For each of the twelve stories it is up to the reader to build connections and create the narrative from the individual parts – to seek what must be discovered.

And so I am left, my imagination working overtime, in awe of Ali Smith the literary magician who can make me wonder how it is I am thinking of the rabbit she didn’t in fact pull out of the hat.

© 2016 All rights reserved. No reproduction without written permission.

This site uses Akismet to reduce spam. Learn how your comment data is processed.

FIND ME ON SOCIAL MEDIA

Check out my blog for my Literary Crushes.

This is the place where I will share with you the writing I love. The likes of W H Auden, John Berger, Elizabeth Bishop, Rita Mae Brown, Raymond Carver, Carol Ann Duffy, E M Forster, Nancy Garden, Jackie Kay, Kirsty Logan, Ali Smith and Virginia Woolf are tingling at my fingertips. You may not feel the same about my choices, I don’t expect you to. I love that we all care about different things, because that’s the joy of it, it’s what makes us…us.